This is a series of blogs on models, water, and temperature (see Intro). I am starting with models. In this series, I am trying to develop a way to build a foundation for nonscientists to feel comfortable about models and their use in scientific investigation. I expect to get some feedback on how to do this better from the comments. In order to keep a solid climate theme, I am going to have two sections to the entries. One section will be on models, and the other will be on a research result, new or old, that I think is of particular interest.

Doing Science with Models 1.0: I have written a number of entries over the years introducing the role of models in climate science (Uncertainty (Model Types), Predictable Arguments). You will also find in those entries links to a couple of chapters in books, where I have written introductions to atmospheric modeling for scientists. (most recently, standalone chapter). There are several websites that offer an introduction to climate modeling, for example, We Adapt, climateprediction.net, NASA Earth Observatory, and Koshland Science Museum. A discussion I particularly like is Spencer Weart’s Simple Models of Climate Change. My friends who are expert in education tell me, however, that models, modeling, and the use of models are among the most difficult concepts to both grasp and teach. Often people do not feel comfortable with models as a representation of real things or, in the case of climate, with the real world. The consequences of this discomfort for climate change are far reaching, ranging from challenging how to use the information from models to providing an easy way to grow the political arguments of selective doubt.

Looking at the online resources that introduce climate models, many of them start with words such as “theory,” “numerical,” “computer,” and “mathematical.” They talk about representing the “physics” of the atmosphere, ocean, land, and ice as “coupled systems.” There are different ways that “complexity” is discussed. I often state that climate models are a way to “manage the complexity” of the Earth’s climate or that they are a “comprehensive expression of our accumulated knowledge.” Others talk about complexity in way that comes across as the climate and climate models are complex, and hence, it takes scientists to understand models. I can even find online resources that say that the climate is so complex that it is unreasonable to imagine that humans can build credible climate models. This cloak of complexity is one I will try remove in the series.

When I think about models, the first thing that comes to mind is the half hull of ships that ship builders used to inform the design and building of their ships. Following that thought, there are the models of buildings and shopping centers that are tools of architects and urban planners. These models not only allow seeing how a new building might fit into the environment, but they also serve as a way to, for instance, identify traffic congestion because of placement of parking lots and to communicate the design in the designer’s mind to clients and the public. Another practical example of this form of model is the mockup of, say, the electrical and plumbing systems in a big building to see how things fit together. Similarly, when NASA builds a satellite, there are engineering mockups that are used in design and planning that serve as basic tools to guide thinking about the construction of a complex system and to communicate to others in the project. 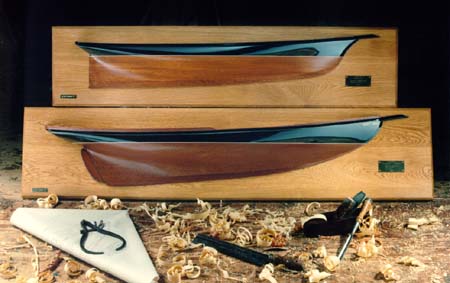 Figure 1: Half hulls of boats, a type of model. From Halfhull.com.

This type of model fits into the definition of a work or structure used in testing or perfecting a final product. As described, these are often touchable, real constructions that look like little versions of the real thing. Professionals in the field might call them “toy models,” which is not in any way meant to convey that they are less than serious. Increasingly, these models are represented digitally, using computers, to provide three-dimensional video worlds that you can walk through (Rick Kaplan’s 1963 Mickey Mantle Homerun). All of the details mentioned in this paragraph will, ultimately, be related to climate models; however, the initial point I want to make is that models are everywhere in our world. Rather than models being abstract ideas that are alien, models are, in fact, quite intuitive. They are one of the devices that we use to help think about our complex world. And perhaps more simply, they help in the quick construction of a picnic bench that can sit firmly on the ground and hold up three 200-hundred-pound men.

Interesting Research: Changes in the Arctic: Steering of Storms - Often when we talk of the Earth warming, we talk about the average temperature of the surface of the Earth increasing. It has already been observed, and climate models predict that the Arctic will warm far more and far faster than this average temperature. This is often called “Arctic Amplification.” There are many consequences of the enhanced warming of the Arctic, such as vast changes in northern forests, thawing of the permafrost, and, potentially, the release of large amounts of storages of the greenhouse gases methane and carbon dioxide. (WWF’s Arctic Feedbacks Review)

The specifics of the Earth’s climate are strongly related to the tilt of the Earth on its axis of rotation, the rate of rotation, the distribution of land and water, and the mountains on the land. It is because of these defining attributes of the Earth that we get different regional climate characteristics such as tropical and polar climate zones. In the United States, we mostly live in what atmospheric scientists call the middle latitudes. In the middle latitudes, storms are always working to even out the temperature differences between the tropics and the poles. As the climate warms, it is intuitive that the area of the tropics is likely to get larger, that is, tropical climates will extend closer to the poles. As mentioned above, there are already huge changes in the Arctic.

As the Arctic and tropics change, the jet streams change, and the characteristics of the storms that transport heat from the tropics to the polar region change. There is a very nice recent paper in Geophysical Research Letters by Francis and Vavrus, Evidence linking Arctic amplification to extreme weather in mid-latitudes. If there is a simple takeaway message from this paper, it is that weather features such as storms are moving more slowly and often of greater amplitude. Amplitude? Middle latitude storms are waves and well modeled as waves, and the amplitude of the waves are increasing. The impact of these changes is that weather events are more persistent, leading to more extremes of weather: floods, droughts, heat waves, and cold spells. All of these impacts occur when the weather gets stuck in a particular pattern.

What I specifically like about this paper is how they bring the observations back to fundamental theories and models of atmospheric motion (Holton: Dynamical Meteorology). Dynamical meteorology is a mature field of science with its principles checked in weather forecasting, observational field studies, and numerical modeling. When observations and models and theory are combined in a way that paints a consistent picture, we develop a form of scientific investigation that identifies processes, isolates cause and effect, and help us understand the ingredients of the complexity of the Earth’s climate.